We have interviewed Hiroko Inoue who is a long-time pipe organ soloist at the Kaliningrad Philharmonic in Russia. 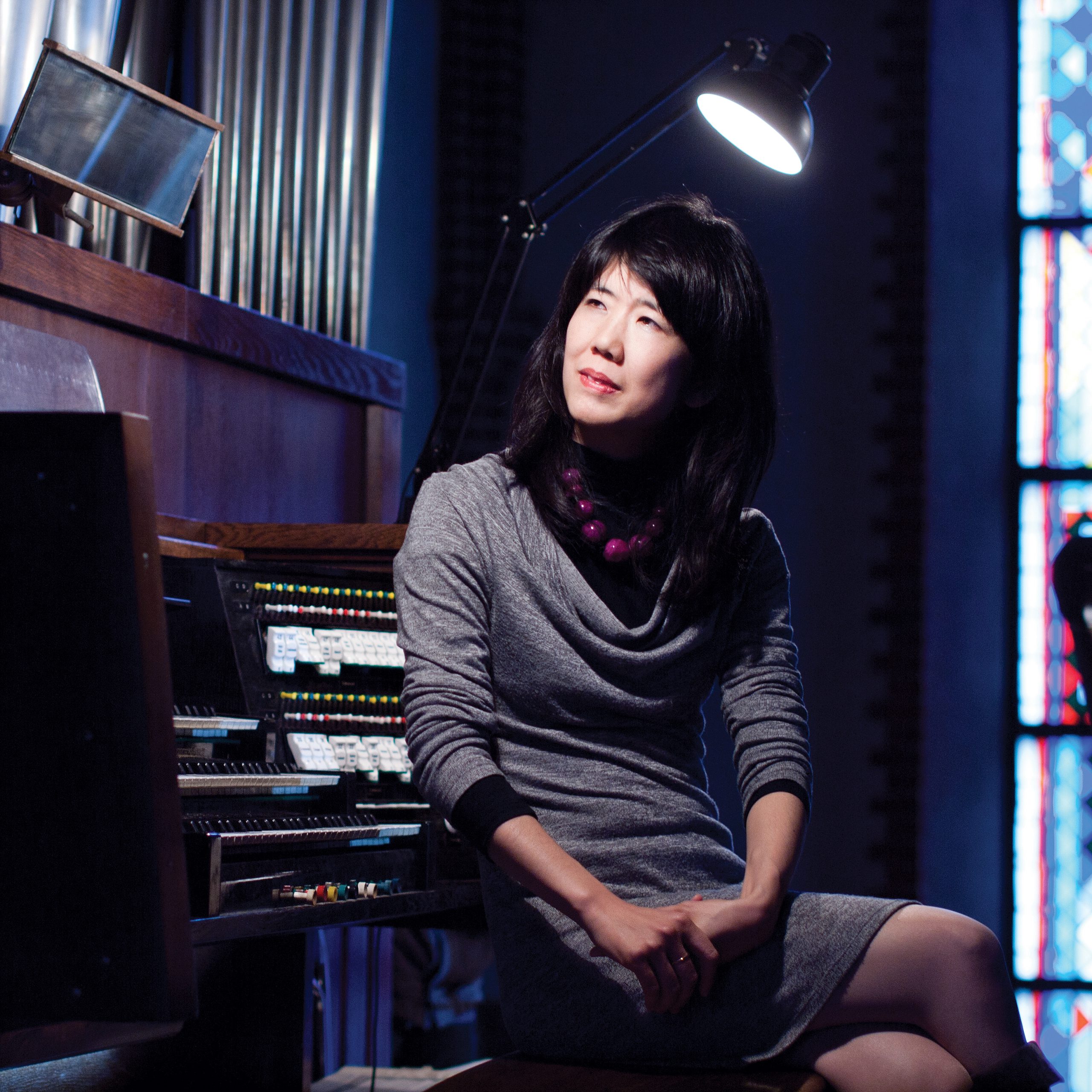 Hiroko Inoue studied at a university of fine arts in Japan, the Kyoto City University of Arts.

In 1998, she continued her study at the Moscow State Conservatory under a National Artist of Russia, Professor Naum Shtarkman ,and a Honored Artist of Russia, Professor Alexei Parshin (organ), where she finished the undergraduate course with Red Diploma. She followed through with studying piano and organ under the respective professors at the post-graduate course in the Moscow State Conservatory.

Since 2006, she has became a soloist and an organist at Kaliningrad Philharmonic, where she has been working as an main organist, and in 2007 she became a scholarship student of Japanese Agency of Cultural Affairs , which gave her an honor to study at Prince Clause Conservatory under Professor Theo Jellema.

Hiroko Inoue has been widening her scene of activities, giving lots of solo concerts at numerous cities in Russia, Europe and in Japan.
Since 2016, she has had an organ class in Gnessin special music school in Moscow. She has been honored with awards as follows:

Please tell us what made you interested in pipe organ.

Since I was a child, I’ve loved the music of J.S Bach. I believe that polyphony is the highest musical language. I think the music of J.S Bach cannot be talked about without discussing the technique of polyphony, and it is no exaggeration to say that there is no music over his unfinished work, “The Art of Fugue.” The organ is an important instrument to express the beauty of polyphony, and especially for Bach’s music. I believe the music of Bach has guided me to the organ.

Where have you learned pipe organ, since there is few chance to study in Japan.

It was at the Memorial Concert for Princess Diana at Budapest, Hungary during summer in 1998 when I first listened to live pipe organ. At that time, I was staying in Hungary for a few weeks to exchange my visa for a student VISA to enter The Moscow State Conservatory. My soul was stirred by the beautiful sounds of its music. It was like falling from heaven. When I was in Japan and also in Europe, organ was not an option. I never thought I could have a chance to play, because the instruments are always locked behind beautiful but intimidating doors at the concert hall, and they’re installed in the balcony at churches. When I became a sophomore at The Moscow State Conservatory, I heard the sounds of organ from the window, and that led me straight to the organ classroom. Then after I met my professor Alexei Parshin my life changed dramatically and I got absorbed in the organ, even though I was in a piano course. After graduating from The Moscow State Tchaikovsky Conservatory, I was invited as an exclusive organist at a Kaliningrad Regional philharmonic named after E.F. Svetlanov, and had opportunities to perform both domestically and overseas. Also, I had a chance to encounter wonderful historical instruments and teachers who were knowledgeable about how to play them, as well as performers at a master class in the North Netherlands. That experience made me consider studying more about those historical instruments and their playing methods in the North Netherlands. My wish came true, and I became a scholarship student of the Agency for Cultural Affairs for one year, then 4 more years studying under Prof. Theo Jellema at Prince Clause Conservatoire in the North Netherlands. With this experience, I managed to gain an understanding of both traditional European playing methods as well as Russian Pianism, and I believe these form the fundamentals of my technique as an organist.

Please tell us your activities in Russia. Also, do you play any other instruments except pipe organ?

In Europe, organ festivals and concerts are usually planned during summertime since there are organs at every church. I’m invited for both solo and ensemble concerts, then I propose programs and give performances there. On the other hand, organ concerts are planned throughout the year in Russia since it is one of the most important concert instruments. In Japan when you hear “philharmonic,” you may think it’s a kind of orchestra. However, in Russia this word refers to a public music institution which either belongs to the country or a city. Every philharmonic consists of a dedicated organist, pianist, soloist, chamber orchestra, symphony orchestra, and ethnic musical group. I’ve belonged to Kaliningrad Regional philharmonic since 2006. There are over 60 organ concerts a year, and organ concerts are the most important events in our philharmonic. Since Kaliningrad used to be part of the German colonial empire before World War II, organs had deeply taken root in the Kaliningrad area. Even though it’s a small town, there are 9 pipe organs at several places in the town. The same circumstances exist in all the main cities in Russia. I have solo concerts over 40 times a year, and at the same time I give performances as a soloist with orchestras and ensembles almost 40 times throughout the year. The concert style of “Organ-plus,” which is orchestra with an organ soloist, is getting very popular. Collaborative performances with saxophone and Shakuhachi (a Japanese bamboo flute) especially attract audiences recently.

Although I play piano in addition to organ, most of my performances have been given by organ since graduating from The Moscow State Tchaikovsky Conservatory.

What made you move to Russia? Tell us about a different lifestyle from Japan.

I entered the piano course at Kyoto City University of Arts, however I had a tough time during that period because I was not satisfied with its music study method and the life there. That even made me think about quitting music every day.

The lifestyle in Russia is so different from Japan, and unexpected matters continuously occurred in both good and bad ways. However, I’ve been supported by many people, and it is thanks to all of them that I’ve been able to come this far.

Did you know Aqua Rhythm,  composed by Hiro Fujikake was shelved for 13 years after it was composed in 1998. Also, how did you get know “Aqua Rhythm”?

I didn’t know it at all, and I was quite surprised by that. Working as a soloist at the Philharmonic in Russia, I’m always asked to try different repertoires.  A wonderful chamber orchestra belongs to The Kaliningrad Philharmonic Orchestra, and we have concerts with them at least two times every year. As we were looking for a new music, especially contemporary music with a chamber orchestra and pipe organ, we came across Hiro Fujikake’s Aqua Rhythm. We were totally moved as soon as we listened to only a few measures of the music. There was a great response when we gave a performance of Aqua Rhythm at the Great East Japan Earthquake Memorial Concert, planned by The Kaliningrad Philharmonic Orchestra in 2012. we believed that Aqua Rhythm is one of the few precious works of contemporary music which could win the hearts and minds of many audiences.

Do you have any goals for the future?

I would like to seek more possibilities as an organist, considering the way the world has changed in terms of tradition, space, and age. I believe that music has the power to transcend race and religion and reach one’s heart directly. I would like to gain more experience and gain a deeper richness in my sounds. As I was teaching organ at Gnessin Moscow Special School of Music for three years, I decided I would like to plan concerts for young talented artists and to continue to support them.