James Strauss and Hiro Fujikake has been connected over 30 years through Hiro’s music. It’s a miracle and this is a proof that music has no boundary since they used to live in the other side of the earth (Japan & Brazil) ! Through his performances, we could understand how he enjoys music from the bottom of his heart and we could feel his sounds with full of love. He is a Peace Ambassador awarded Artist by Universal Peace Federation in 2019 for his humanitarian work of El Sistema in Venezuela. His activities are not limited in flute performances, at the same time his musicologist studies are quite interesting and will remains in history. He is one of very few last disciples of Jean-Pierre Rampal. He will be the leading flutist in next generations in the world. 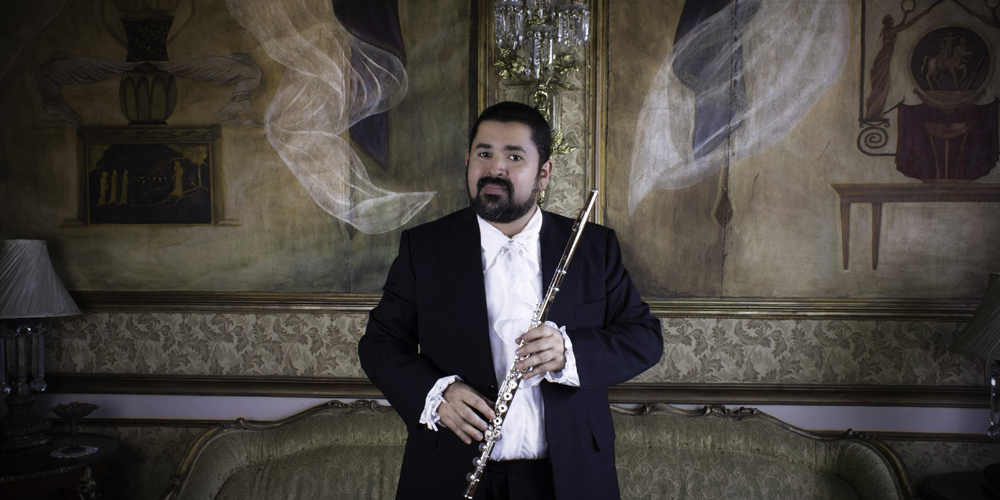 Born on November 29, 1974
Brazilian flautist and musicologist
Click here to his HP >>> 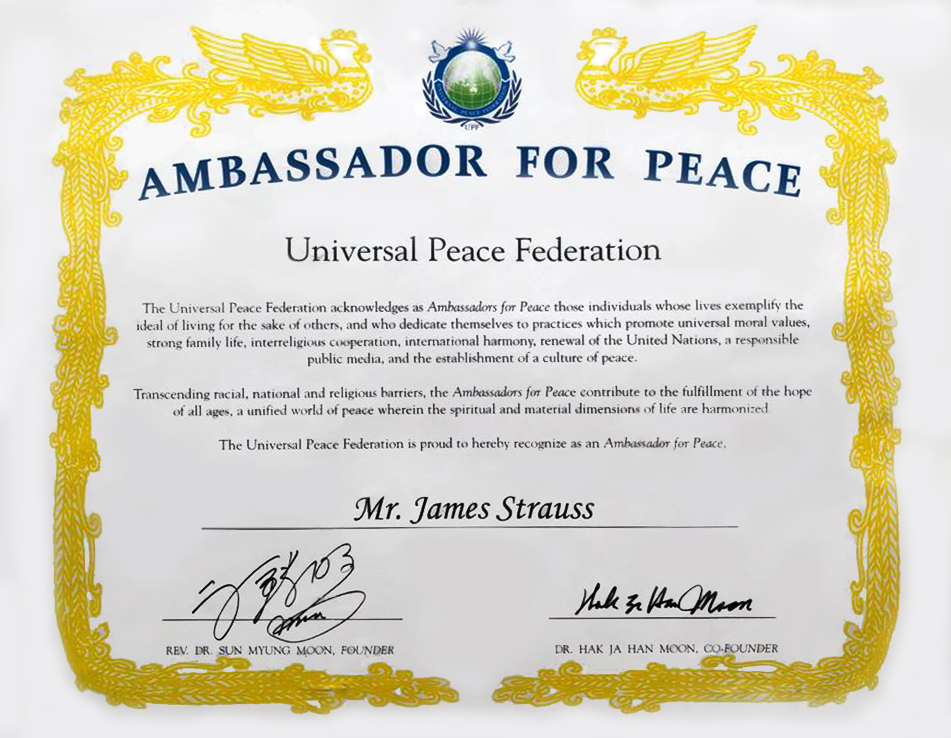 When did you start playing flute?

I’ve grown up in a very musical family, my grandfather played mandolin and guitar and my father was a violinist. Because of my father, I started taking violin lessons when I was 4 years old and his dream was to make me a great violinist.  However one beautiful day, my father come home with a LP of Jean Pierre Rampal, when I listened to this magical sound of his flute, I decided to play flute instead of becoming a violinist. That was at the age of 12 years old. I think you could imagine how scandalous it was for my family. I had to persuade my father that I could make a better career as a flutist. After all, my family was very supportive on my choice of flute, especially my grandfather help me to learn many songs and he loved to play with me, my father was a bit jealous but seemed to be happy.

How do you know Hiro Fujikake?

First with his Mandolin music when I was an elementary school student, since my grandfather was playing some of Hiro’s music in a Mandolin orchestra and he loved Hiro’s music very much. That was my first contact with Hiro’s music.  At that period, Hiro was called Hiroyuki Fujikake which was his birth name. A few years later, I got the recording of “The Enchanted Forest “ then I really fall in love with Hiro’s Music!

Has Hiro’s music been influenced on you?

For me Hiro’s Music would beyond anything I had listen before, and the sounds are very peaceful. When I had Corona back in April 2020, wasn’t that difficult for me, but playing Hiro’s Music gave me peaceful mind  and  hope for my continuous life. People around me also loved his music very much and I could tell by looking at their faces, how much his music encourages them. The magical feature of Hiro’s music is giving people a pleasure, courage and peace.

Which countries have you visited for your performance?

I  had played in 52 countries (Japan one time in 2010)  and a concert tour in2018 was memorable visiting all different places like Slovakia , Israeli Virtuosi, and playing with Lithuanian National Orchestra, Tucson Symphony (US) , Virginia Symphony Orchestra, Guayaquil Symphony Orchestra (Ecuador), Vienna Mozart Orchestra …

During my performance of a new flute piece on 16th April 2016 in Ecuador,  we had a 7.8 earthquake. A part of the city was destroyed and I was barely survived, but I needed to get away from the theater, so I run away with my flute and holding a handicapped flutist from orchestra. Thats was an unforgettable concert I’ve ever had. 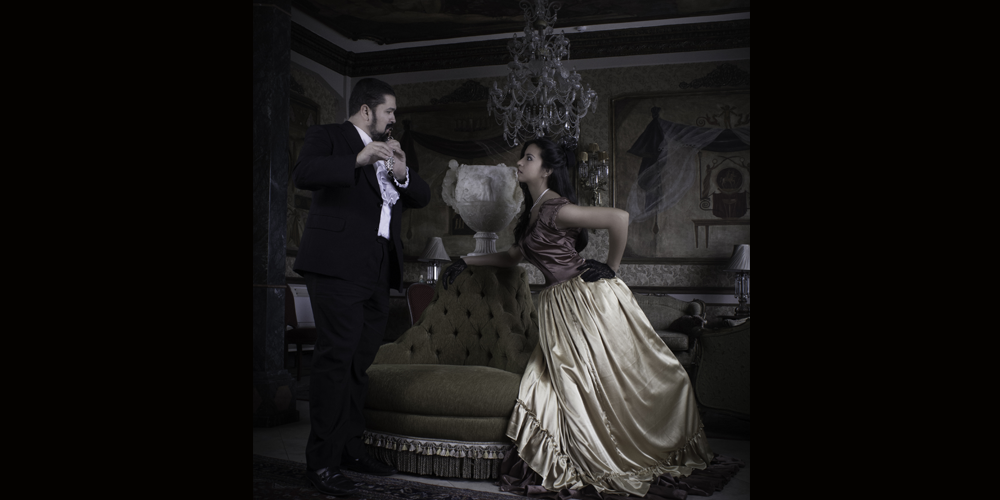 Where did you study flute?

In Brazil, I graduated from the Conservatoire of my Town Recife  ( Conservatorio Pernambucano de Musica ) under professor Sergio Campelo, who had also studied in Paris.  After that, I graduated from Ecole Normale de Musique de Paris and  Paris Conservatory, because the French flute School is the best for sound, articulation, style, as many flutists go to Paris for their study. They have a long history for flute education over 100 years. There is a beautiful letter from Tchaikovsky talking about Flute education in France and about Paul Taffanel and the other 8 teachers at Paris Conservatory at the time. It was quite natural for me to go to Paris for my study and instructed by Jean Pierre Rampal and many other stars of flute in France such as Pierre Yves Artaud and Maurice Pruvot. Being myself in the perfect study environment, I had a chance to encounter the fountain of knowledge. One of the prestigious flutists of Sir James Galway and William Bennett also studied with Jean Pierre Rampal.

Tell us about your humanitarian assistance for El Sistema in Venezuela.

When I was working for the orchestra in Ecuador, I had a chance to visit Venezuela and I was quite shocked with their living level. The first thing came up with my mind was that I had to take an action to help them and find what I could do for them. Then I had a chance to know El Sistema project and I joined it. I established “the Camerata Simon Bolivar” in 2016 and for 4 years, I only used my private property to support musicians. The orchestra is a group of young musicians from the Simon Bolivar Orchestra of Venezuela created by Maestro Jose Antonio Abreu. 5 albums have been already released with this orchestra, including the latest work of  Venezuelan Elegy : Music for flute by Philip Glass and this was a huge success.

Tell us about your musicologist side of activities.

In 1999 I moved to Finland and started some investigation on the mythic Tchaikovsky Flute Concerto, which were lost since 1894, I started doing my research, and made a reconstruction of the Tchaikovsky flute Concerto after several years later.  I got attention of many people with this work. Today it’s been published in the US and recorded and performed many times by different people and some music schools have used it on their program of studies.

I am always researching  for new or lost pieces. Now I’ve been working on a very interesting Mozart Project in Vienna with new pieces and reconstructed.  After this project  I will record all the Concertos by Luigi Gianella (Italian Flutist who revolutionized the field of music in France during the French revolution ).

What is your masterpiece of performance?

I love playing many different styles of pieces. If I select a few pieces, I could say that people love my Mozart Performances, French Concertos like Jacques Ibert or Florent Schmitt, and also The Concertos by Saverio Mercadante. Also I love giving Encores, for instance when I played my arrangement of  “Hanabe no Uta “ and “Hana” just right after my Mozart with orchestra in Japan, people just enjoy them.

I can’t wait performing in Japan again, and the Hiro’s Music again!  Arigato ! 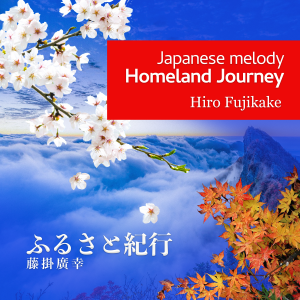